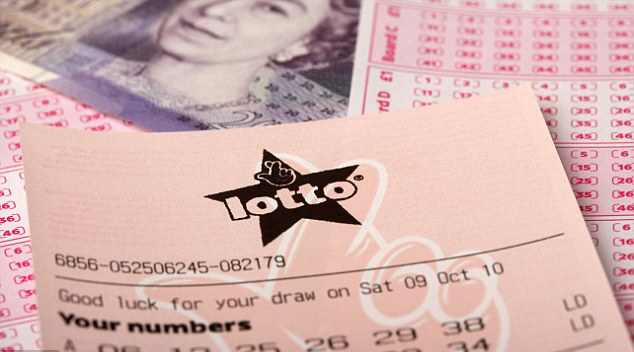 Lottery winners and relationship breakdown – A case of ‘winner takes all’?

“If only I could win the lottery” – a phrase we are all familiar with.

Millions dream of a life changing windfall – and this is nothing new.  For those of us who are old enough to remember, the weekly football pools first created big winners. In 1994 the National Lottery brought the dream to living rooms via a live TV draw.

However, as they say “you’ve got to be in it to win it”. For those who have scooped large jackpot pay-outs we hear about how this will change their lives forever. Dream home? Check. Holiday home abroad? Check. Looking after friends and family financially? Check.

One thing is certain – a lottery win is life changing – but not always in a good way.

The reality for many is that once the dust settles, couples struggle to adjust to their new life. Often out of their comfort zone, isolated from good friends and family, and thinking “what now?” many relationships break down, as couples realise that money sadly cannot truly buy happiness.

When relationships breakdown, what happens to that lottery windfall?

The starting point is to find out whether the couple are married or unmarried.  There is a huge difference in how lottery wins are treated in law depending on your marital status.

If the couple are unmarried, then the general rule is that the person who bought the winning ticket and holds the winnings, is entitled to the windfall. It may appear unfair to many, but the reality is that the other party would have no claim against those winnings in the event of the breakdown of the relationship.

The exception is where, for example, the windfall has already been shared (gifted), placed in a joint bank account used by both parties, or invested in joint assets, such as home.

Where children are involved, it may be possible to make a claim against the lottery winner for financial provision for the benefit of that child – for example, to provide a home for the child, but once the child is grown up, the property will be returned to the lottery winner.

Contrast this with married couples or civil partners. Upon divorce, the court will look very carefully at the windfall – even if it has been retained by the winner. All of the assets owned by each party must be disclosed and taken into consideration so as to enable the court to determine what is fair.

‘Matrimonial property’ is typically property which is owned by the parties jointly or has been generated or accrued by the parties through their joint endeavours during the marriage as part of what is known as a ‘marital acquest’.  Typically this property falls for sharing in divorce proceedings (although not necessarily equally).

‘Non-Matrimonial property’ is typically that property which one party owned before the marriage which was never introduced into the matrimonial ‘pot’ or which was acquired post separation.  It typically includes inherited assets and other windfalls.  Non-matrimonial property does not fall within the ‘sharing principle’.  However, it cannot be ring fenced and may need to be brought into account so as to ensure that both parties needs are met.

However, as is often the case in family law, the position is not entirely straightforward and each case depends on its own facts.

In one reported case, a couple had been married for more than 25 years, with two adult children.  Some four years prior to their separation, the wife, together with a friend (with whom she had entered into a written syndicate agreement) purchased a winning national lottery ticket and each received prize money of £500,000.  There was no dispute that the wife had purchased her own ticket but the husband had not known that she had participated in the lottery.

Following the windfall, the wife used £300,000 from the lottery win to purchase a home in her sole name, in which they lived until their separation.

In this case, the Court found that the prize money itself was characterised as ‘non-matrimonial’ property.  The marriage was already in trouble and the husband knew nothing of the wife’s syndicate with her friend.  However, when she purchased the property in which the family and the children lived, the Court found that that part of the win was converted into ‘matrimonial’ property.  Given the source of the funds, the Court determined that the husband was not entitled to an equal share and awarded him slightly less than 20% of the equity in that property.

It is easy to see circumstances in which a lottery win could be viewed as being ‘matrimonial’ – and therefore capable of being shared.  Examples are where:

Can a Lottery Win be Protected?

Whilst the odds of winning the lottery jackpot are remote, even if you run the risk of being struck by lightning, you generally avoid going out in a storm.

An unmarried partner can ring-fence the win by keeping it separate and apart from the rest of the family financial pot. A cohabitation agreement can help to reinforce the intention to keep the winnings separate.

In the case of married couples, keeping the winnings separate does not automatically afford protection from a claim by the other spouse. As family lawyers who regularly advise lottery winners and high net worth clients, we can help to protect clients in such situations.

If you have any queries raised by the blog, or any questions about separation, divorce or cohabitation, you can email Wayne at wayne.lynn@silkfamilylaw.co.uk, or him call 0191 406 5002. You can follow Wayne on Twitter at @waynelynn and Silk on @silkfamilylaw