What does the new Domestic Abuse Bill mean for victims? 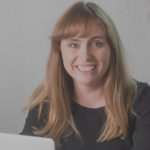 The second reading of the new Domestic Abuse Bill was debated by MPs in the House of Commons last week. The Bill was passed without division and now progresses through to the next stage.

But what does this new legislation really mean, and what changes does it aim to achieve?

With an estimated two million adult victims in the year ending March 2018, domestic abuse is one of the most prevalent crimes in England and Wales. And it’s on the increase, rising 63% between 2011 and 2018 in London alone.

According to Parliament, the purpose of this new bill is to:

The Bill won’t become law for some time yet, but it’s important for domestic abuse victims to understand that there are already legal protections in place for them.

The high profile case of Sally Challen, who was recently released from prison early after serving ten years for killing her husband, has shone a spotlight on the issue of coercive and controlling behaviour.

Coercive control has been recognised as a crime since 2015. It covers extreme psychological and emotional abuse that stops short of serious physical violence. It also includes economic control, an area that the new Bill seeks to address and legally recognise as a form of abuse.

Sally’s case was due for a retrial. But since coercive control had been recognised in law since her first trial and was deemed to be a contributing factor in her case, the retrial was thrown out and Sally walked free.

Sally’s case is unusual. Victims of domestic violence are far more likely to be killed by their abuser than the other way round. It is sobering to contemplate that domestic violence killings are at a five-year high and that, on average, two women are killed each week by a current or former partner in England and Wales. Many of these cases are not covered by the media, such is the ‘norm’.

As legal professionals, we need to recognise domestic abuse in the cases that arise every day, in all manner of domestic situations: in a relationship, whether between partners of the same or opposite sex; or abuse of a relative, the elderly and the disabled; and whether perpetrated against a male or a female.

However, in addition to seeking protection, the immediate economic pressure on victims seeking to leave abusive relationships often presents as the first and main hurdle. Support services and refuges are already struggling to meet demand.

The new Domestic Abuse Bill will, for the first time, provide a statutory definition of what domestic abuse means, which is intended to assist in identifying abuse. It is also a greater recognition in law of the profound impact that coercive control and financial abuse can have on a victims and the ‘ripple effect’, not just throughout their lives, but on society as a whole. Domestic abuse costs the economy £66 billion a year.

The Bill intends that increased support will be available for victims. It will:

Of course, when Sally Challen was first convicted, her relationship with her husband would have been discussed during the trial. But with a better understanding of the mental health impacts of psychological and emotional domestic abuse being set out in law, they can now be taken into consideration during a trial or sentencing.

There is also every hope that both the public and all professionals dealing with the can have a greater awareness of what constitutes abuse, so that people who are being abused be identified – or self-identify – and be supported, at an early stage.

While we are living through tumultuous political times, it is positive that Parliament is united over this issue. However, the funding of the intended services for victims is still in question, with the Local Government Association stating at the second reading that this legislation comes at a time when local government, and particularly children’s services, are facing unprecedented demand which has already reduced vital early intervention work in this area.

Unless the measures proposed by the Bill can be funded, it may not result in the changes intended. Domestic Abuse Charities have also highlighted that other, separate measures introduced by Parliament (including the capital cap on Legal Aid, funding assessment for domestic violence victims, and changes to the benefits system such as the single household payment under universal credit), continue to impact on those seeking to leave their abusers. These issues haven’t been addressed in this Bill, so the extent to which the most vulnerable victims are empowered by this Bill to take the crucial first step away from their abuser, remains to be seen.

If you are affected by any of these issues and would like to discuss your situation with an experienced family lawyer, you can contact Silk Family Law in complete confidence.