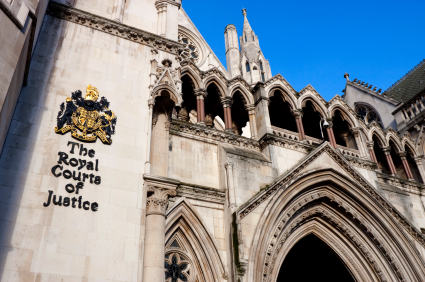 When is it not fair to uphold pre-nuptial agreements?

In a recent High Court case Mr Justice Mostyn ruled that it would be “wholly unfair” to hold a man to the terms of a pre-nuptial agreement.

The Court awarded £1.3m to hotel concierge Anil Ipekci who married Morgan McConnell, an heiress to the Avon cosmetics fortune, in a divorce despite the couple signing a pre-nuptial agreement.

Whilst some may raise an eyebrow that the Judge departed from the terms of the pre-nuptial agreement, there was, in reality, little surprise that he did so.

So called pre-nups were tested in the landmark Supreme Court case Radmacher -v- Granatino, in 2009.  The judgment ruled: “The Court should give effect to a nuptial agreement that is freely entered into by each party with a full appreciation of its implications unless in the circumstances prevailing it would not be fair to hold the parties to the agreement.”

Another separate case involving pre-nuptial agreements, ruled that if the effect of the agreement would be to leave one party in a “predicament of real need” while the other party is comfortably provided for, this is likely to be unfair.

Although newspaper headlines can never tell the full story, Mr Justice Mostyn appears to have taken the view that the terms of the pre-nup entered into by Ms McConnell and Mr Ipekci, would lead to an outcome which the Court considered to be unfair.

The couple met in New York in 2003 after Mr Ipekci was working as a concierge at Le Parker Meridien in Manhattan. At the time he had no assets beyond his earnings while the Court heard that Ms McConnell is the beneficiary of trusts of at least £49 million.

Mr Ipekci signed a pre-nup two weeks before the marriage in November 2005.  Under the agreement Mr Ipekci was to receive a half share in any increase in the value of three properties his wife owned in the event of divorce. Mr Justice Mostyn ruled that it would be “wholly unfair” to hold Mr Ipekci to that deal. He said there had been no increase in the value of the properties and therefore, in the agreement, Mr Ipekci would get nothing.

This case demonstrates the importance of having a reasonable discussion, together with expert legal advice, prior to entering into a pre-nuptial agreement the terms of which stand the best possible chance of being upheld in the event of divorce .  Any nuptial agreement which leaves one party emptyhanded, without having their needs met, is not likely to be upheld.

If you have any queries about pre- or post-nuptial agreements, or any other questions about separation and divorce you can email me direct at wayne.lynn@silkfamilylaw.co.uk