Why I welcome the new “no fault” divorce law changes 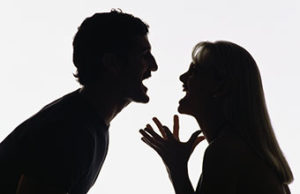 “Quickie divorce” or “no fault divorce” (call it what you will) – it seems that divorce in England and Wales is about to become much more simple.

But what does the new Divorce, Dissolution and Separation Bill actually mean in reality for couples that have decided their relationship has reached the end of the road? Silk Family Law partner Harriet Reid explains all in her latest blog.

Divorce, Dissolution and Separation Bill 2020 – how has the divorce law changed?

Earlier this week, Silk reported on the Justice Secretary’s announcement (9 April 2020) of a new law to help reduce family conflict.

Following a lengthy campaign for reform by family justice professionals and those with direct experience of divorce, Parliament voted in favour of updating our 50-year old divorce law to allow for “no fault divorces” with a new, shorter, six-month timeframe to allow for reflection and future planning.

The current law on divorce is set out in the Matrimonial Causes Act 1973. It is not strictly correct to refer to “no-fault divorce” as a new concept. No fault divorce already exists, but to make use of this you have to either (a) live apart for two years and have the consent of your husband or wife or (b) live apart for five years, which is a very long time by most people’s standards!

Why is this time period important? For many people, the ‘Decree Absolute’ (which signals the end of the marriage) brings into effect the financial settlement, which gives them the security of knowing their former spouse will have no further financial claims against them. Unfortunately, some have used the existing law act disingenuously and prevent the other from being allowed to move on with their life. The case which brought this issue to the public’s view was that of Owens Vs Owens.

The “blame game” and the case of Mr and Mrs Owens

In this widely-reported case, Mrs Owens found to her cost (when the Supreme Court rejected her appeal in 2018), that interpretation of the current law requires one party to blame the other for a divorce in less than two years. They must demonstrate that in light of that behaviour it is unreasonable to expect one party to continue to live with the other. This is a test ultimately carried out by the court in case of dispute.

For years family lawyers have tried to protect their clients from increased conflict and pain caused by blame and finger-pointing in order to justify a divorce by “agreeing” between spouses what one will say about the other. This has enabled them to formally bring their marriage to an end within a reasonable timeframe, often to allow them to concentrate on arrangements for their children or financial settlement.

The Law Society’s family law protocol and the Resolution code of conduct promotes this as a method of keeping conflict between parties to a minimum. The judgement in the Owens case was something of a blow to those who felt they had been acting in the best interest of their clients and conflicted with the practice advocated by the Law Society and Resolution.

The Owens case brought to the public notice something that had been known to solicitors for years: that our current system of requiring, in most cases, allegations to be made by one party against the other was outmoded and detrimental to the party’s future relationship, specifically where they need in the long term to co-operate to continue to co-parent their children. 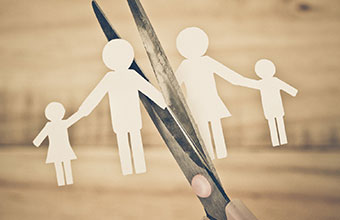 Why are the 2020 divorce law changes important?

Roll forward to June 2020 and the Divorce, Dissolution and Separation Bill has now passed its second reading in the House of Commons. This will finally mean that a marriage can be brought to an end at the request of one or both parties without a requirement to wait for a minimum of two years. The process will still take a minimum of six months from start to finish and (except in exceptional circumstances) this will include a six-week period between the court making the conditional order (currently Decree Nisi) and the final order (currently Decree Absolute).

For most people these amendments will bring significant benefits in terms of both cost and emotional impact. We will no longer need to argue over who will be the one to make the accusations, then reach agreement over the wording, nor argue over who will pay these costs. But most importantly, the wider emotional costs will be much less painful for everyone involved.

A former couple’s ability to make careful, rational and considered decisions about their future can be hampered if their relationship has further deteriorated as a result of the need to distil the breakdown of a marriage into a few paragraphs.

The ending of a marriage does not always mean that people have ceased to feel for each other, and frequently they have no appetite for blame. Yet it is often the case that the allegations made in progressing the divorce itself can then resonate through the later financial and children proceedings, significantly impacting both parties and their wider family relations.

When other members of the family – particularly children, or parents who may be funding a divorce – come into the equation, the temperature is raised and third parties are often pushed to take sides. Hurt and recrimination is common.

The “quickie divorce” has been mocked and criticised by some. But my view is that a more straightforward system, that smooths the road for couples to formerly and amicably bring relationships to a end, must be welcomed.

It is, after all, not the process by which we allow people to formally end their marriage that causes relationship breakdown. Making the process easier for couples that have already made that decision will simply (and rightly) allow them to concentrate on their children and planning amicably for their future.

There is no doubt that the ability for parents to maintain a civil relationship with each other is in every child’s best interest. If the simplification of the divorce process helps parents to achieve this, then that alone is reason for us to celebrate. I look forward to seeing this long sought after bill become legislation.

To discuss any of the issues raised in this blog in more detail, you can contact me on 01748 900 694 or harriet.reid@silkfamilylaw.co.uk.