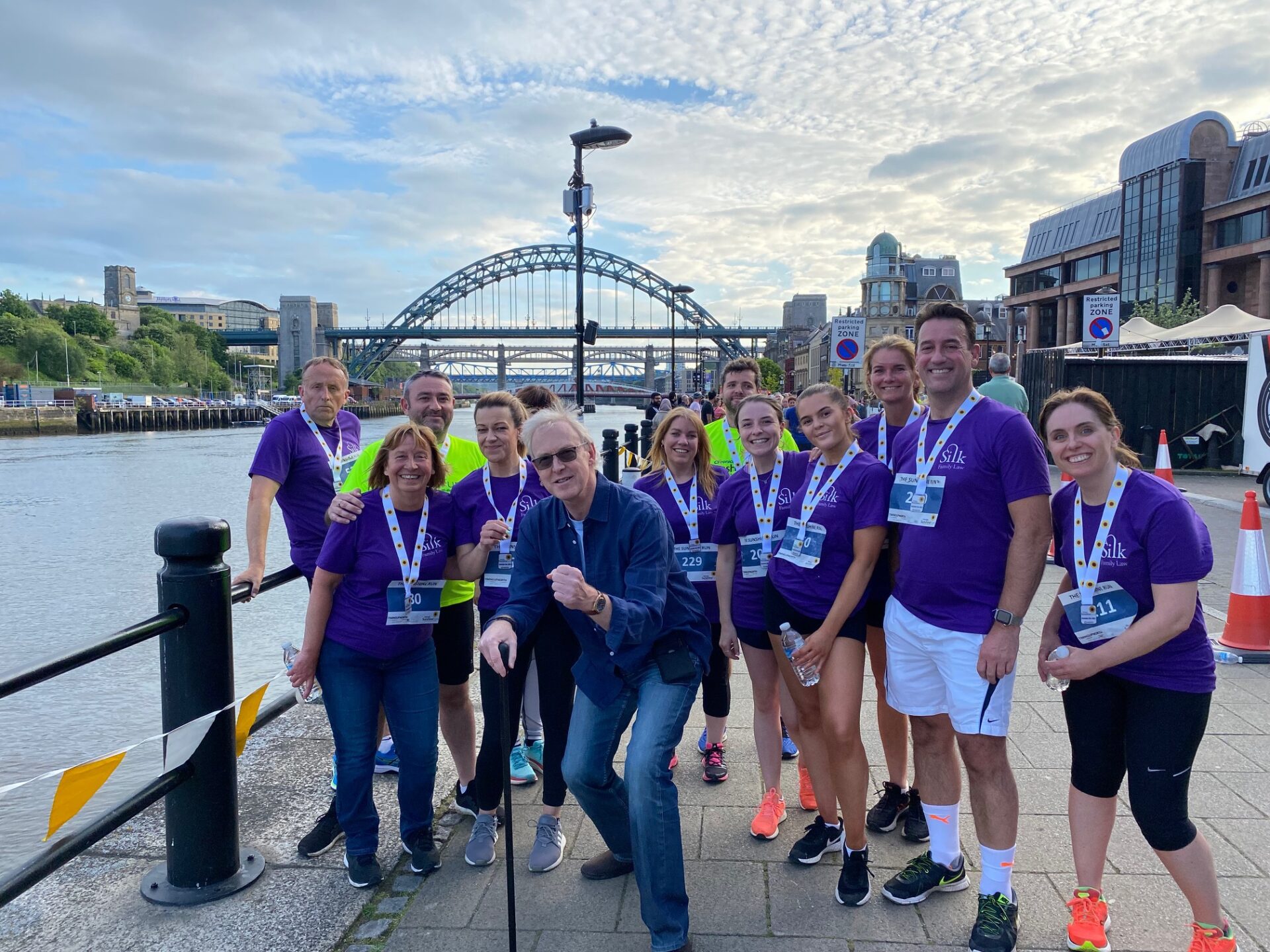 Silk supports the return of the Sunshine Run

Bouncing back for the first time since the pandemic, last Wednesday 15th June, the Sunshine Run returned to Newcastle’s Quayside.  Bigger and better than ever before in support of disabled babies, children and young​ across the North East, and a team from Silk Family Law all joined in with both the race and the festivities and fun.

Using the same route as previously, runners set off from the Millennium Bridge on Newcastle’s Quayside and headed to the Newcastle Business Park and back to cross the finish line in a spectacular photo finish with the Tyne’s bridges as a backdrop.

Ideal for people of all capabilities, the race is flat and fast and perfect for club, fun and team runners. However, back by popular demand, an elite 5K wave started ahead of the main run to offer competitive and club runners the chance to beat the crowds and race for time.

With a 12 strong team from Silk Family Law, Partner Kim Fellowes explains, “We have runners of all capabilities at Silk, but an event like this enables everyone the chance to take part. The atmosphere was superb, and the sunshine helped too.  It was just great to see the event back up and running. It was brilliant to hear that Frazier (Katie’s partner) came in 1st for the Silk team followed shortly thereafter by Harriet who ran a sterling race as well! Whilst Jenny and I walked it, we did decide to run some of the way back which included over the finishing line, which I gather caused some amusement, as I was in jeans! It was a really good atmosphere and great camaraderie, and the team meal at Marco Polo’s after the race was also really good.”

Kim continued, “Most importantly we continued the tradition of Silk supporting this really worthwhile charity raising over £630. Silk would encourage other organisations and individuals to take part and what better excuse than in 2023, when it will be the 20th anniversary of the race! Silk will certainly be taking part in what has now become a well-established event that is enjoyed by many and raises money at the same time.

A statement from Erin Todd, Fundraising & Events co-ordinator at the charity added, “The Chronicle Sunshine Fund has continued to support children living with disabilities and terminal illnesses throughout the pandemic, and we are very proud to say that even in these difficult times, we have never missed an equipment provision. As a charity who receives no statutory funding, we rely solely on the generosity of local organisations and individuals to raise £450,000 annually through fundraising events, donations, and community. We encourage all Sunshine Runners to fundraise whatever they can to support us in changing the lives of children living with disabilities across the North East.”

If you would like to support the charity and haven’t had chance to make a donation, please click the link below.